Can I mine Ethereum after ETH POS?

What Can I Mine With GPU After Ethereum 2.0 – ETH POS?

Every year miracles happen in the crypto world and small coins explode by thousands of percent due to their proper development. Sometimes it is good to mine a low hash coin with low network difficult because you will get more coins per day. If you see great potential in the development of a coin the current price during mining sometimes is not so important.

Maybe most big miners will focus on the most profitable coin after Ethereum POS, which is normal, but it’s good to be familiar with the characteristics of the coin you are mining.

In the following table I have collected a few coins that may be the target of ETH miners after Ethereum POS.

Make your own research!

Depending on your screen size, you may need to scroll the table to the right or left

What to MINE after Ethereum POS 2.0

You may prefer the picture to this table, the information is much more easily separated and easier to read. 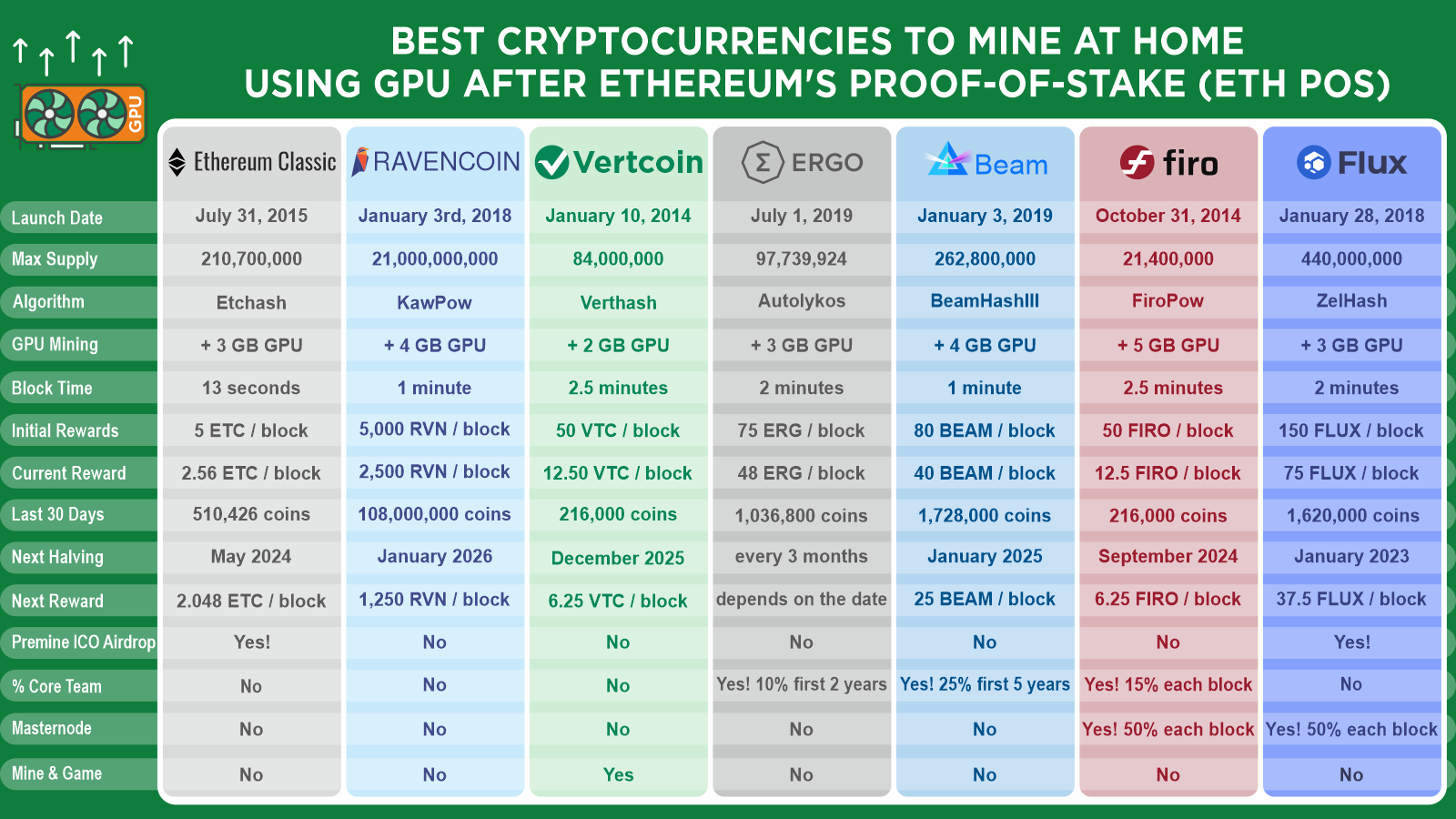 What coin to mine with GPU?

According to websites What to Mine, Nice Hash you could mine several cryptocurrency without ASIC in their network.

What to MINE after Ethereum POS

An initial coin offering (ICO) is the cryptocurrency industry’s equivalent of an initial public offering (IPO). A company seeking to raise money to create a new coin, app, or service can launch an ICO as a way to raise funds. https://www.investopedia.com/terms/i/initial-coin-offering-ico.asp

Premining is the act of mining or the creation of a quantity of blockchain-based tokens or “coins” before a cryptocurrency is launched to the public. https://www.investopedia.com/terms/p/premining.asp

An airdrop, in the cryptocurrency business, is a marketing stunt that involves sending coins or tokens to wallet addresses in order to promote awareness of a new virtual currency. https://www.investopedia.com/terms/a/airdrop-cryptocurrency.asp 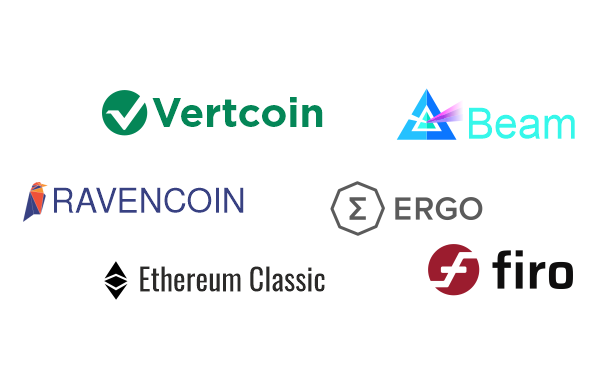 3 thoughts on “What to MINE after Ethereum POS ETH 2.0”

You like Vertcoin.fun :) VTC donation address: vtc1qlt6fp0spjp9quap46s3p2d3ctzdxpwzz40dkl4 Thank you. There are no donations to cover the costs, so I am forced to advertise.