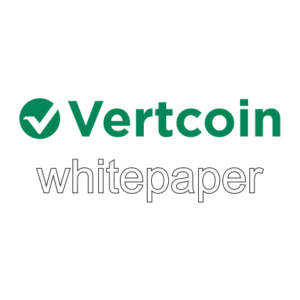 Vertcoin is a cryptographic currency, similar to Bitcoin and Litceoin, with one major difference. As the forerunner of the digital currency movement, the original Bitcoin developers were unable to perceive all potential threats that would arise to challenge it’s mission as a decentralized currency.

Millions of dollars were spent by various companies to build application specific integrated circuit (ASIC) computers in an attempt to monopolize mining. These devices made it so GPUs and CPUs were no longer useful in the mining process. As a result, the vast majority of Bitcoin mining and transactions would now be processed by large data centers that required hundreds of thousands, or millions of dollars in investment.

Now that Bitcoin computational power is handled almost entirely by large data centers, the currency has rapidly changed from a distributed, decentralized currency, to one that is much more centralized and vulnerable. Companies such as Cex.io are routinely hitting 40% PoW computational power on a daily basis, and will soon be able to perform 51% attacks at will, if they so choose.

Due to the problems ASIC chips brought on the digital currency platform, a new currency, Litccoin was created. Litceoin attempted to utilize the Scrypt hashing algorithm, which is more memory intensive than SHA256, to deter ASIC use. As of January 2014, there are now Scrypt ASIC chips being deployed by the Chinese for mining. So far, around 1000 Mhash of Gridseed ASIC chips have been brought online and used on the Litceoin and middlecoin.com network.

The Chinese chips have not been released on the greater market at large, but eventually they will, and the same problems that SHA256 currency faces will come to the Litceoin and other Scrypt currency networks next.

December 06, 2013 on https://bitcointalk.org/index.php?topic=359323.0 there was a poll “Should LTC change POW to uphold the no-asic feature of litecoin?” 73.2%  answered “Yes”, but Litecoin’s creator did not make any changes to the code.

Where docs Vertcoin fit into this?

Scrypt was utilized by Litecoin to try and deter ASIC use because large memory requirements are the best way to try and make ASIC financially unfeasible. Litecoin held out for a while, but the original memory requirements in the barebone Litecoin distribution were just not high enough to lock out ASIC completely. Vertcoin has now been released as the logical evolution of Litceoin and introduces what’s known as ’’Adaptive N-Factor”. The N-factor component of Scrypt determines how much memory is required to compute the hashing functions. Vertcoin N-factor increases with time to stay one step ahead of any possible ASIC development.

For the long, foreseeable future, GPU computing will be the fastest method of computation for Vertcoin. but CPU computation will eventually make gains as N- factor increases.„

January 11, 2014 – Vertcoin Mining was launched without Premine, ICO or Airdrop!

Vertcoin (Abbreviation: VTC) is not funded nor controlled by any entity, it is simply an open source GPU Bitcoin variant that mirrors BTC development.

Vertcoin uses an ASIC resistant proof-of-work mechanism to issue new coins and incentivize miners to secure the network and validate transactions. Verthash is Vertcoin’s mining algorithm which is similar to Ethereum’s Ethash (Verthash), meaning GPUs mine competitively. This ensures maximum distribution of hashrate (security). It is done via IO bound memory constraints. Verthash is the most advanced mining algorithm to date.

Vertcoin is 4x faster than the Bitcoin Blockchain and has the same block time (2.5 mins) as Litecoin. Vertcoin has 4x throughput capacity than Bitcoin blockchain. Also Vertcoin has 4x the Amount of Bitcoin and same supply of coins as Litecoin (84,000,000 coins). These changes are well within scaling limits of blockchain growth and orphan generation (>1:30).

Difficulty adjustment occurs every block (~2.5 minutes) as opposed to Bitcoin (~2 weeks). Kimoto Gravity Well is the algorithm used and is necessary as a smaller hashrate coin.

Vertcoin was built using Bitcoin as a base, receiving any future Bitcoin updates upon specification release confirmation.

Vertcoin was one of the first coins to lock in and activate SegWit. SegWit was activated May 7, 2017. Vertcoin was also one of the fist coins to active Taproot. Taproot was activated on January 30, 2021 (block 1500000). Lastly, the Lightning Network (LN) is a fix for both transaction costs and speeds.  Lightening Network is an additional layer. The Lightening Network also allows for cross platform atomic swaps, meaning one could use it to trade one coin to another without an exchange (for example, Bitcoin to Vertcoin)

If you want to read more see History of Vertcoin

*This Vertcoin whitepaper was created based on the first post on https://bitcointalk.org/index.php?topic=404364.0 and the unstoppable development of Vertcoin.

Mining Vertcoin While Gaming or Working

You like Vertcoin.fun :) VTC donation address: vtc1qlt6fp0spjp9quap46s3p2d3ctzdxpwzz40dkl4 Thank you. There are no donations to cover the costs, so I am forced to advertise.